The trouble with Marks Meta-verse

The trouble with Marks Meta-verse 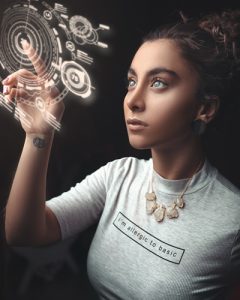 If you were hanging around in 2006 you would have come across an idea called Second Life which offered an online universe in which you could meet others, build, buy and sell and explore. Some used it as a meeting point, as you could sit around a table beside a waterfall and conduct a virtual meeting. It was the next big thing. It wasn’t though. Second Life is still going however many figured out that interacting with real people was a superior experience.

Roll around 2022 and we have Mark Zuckerberg’s “new” idea to create an alternate universe, a metaverse to interact with others. Perhaps he is assuming that the people who did well with Zoom and similar through the pandemic will take to the Metaverse.

Zoom fatigue is a thing. But some people prefer Zoom – those not confident with people or who are sensitive to interactions with others can prefer to be at the other end of a screen if possible. However, while Zoom and the other tech did well through the pandemic when it was necessary, it’s not ideal. It negates the power of person to person interaction and the human connection so necessary to happiness and our feeling of belonging that drives a team to be greater than the sum of its parts.

We also communicate mostly through body language and a lot of this is missing with remote interacting. From a leadership perspective, belief and passion that power purpose, trust and motivation are diluted considerably by remote connection. This is why hybrid models of working must include real connection time in the schedule for teams and groups that work together. All of the problems of remote working will be made much worse by using avatars to communicate.

Psychological Wellbeing, the biggest problem in the 2023 workplace?

Psychological Wellbeing, the biggest problem in the 2023 workplace?