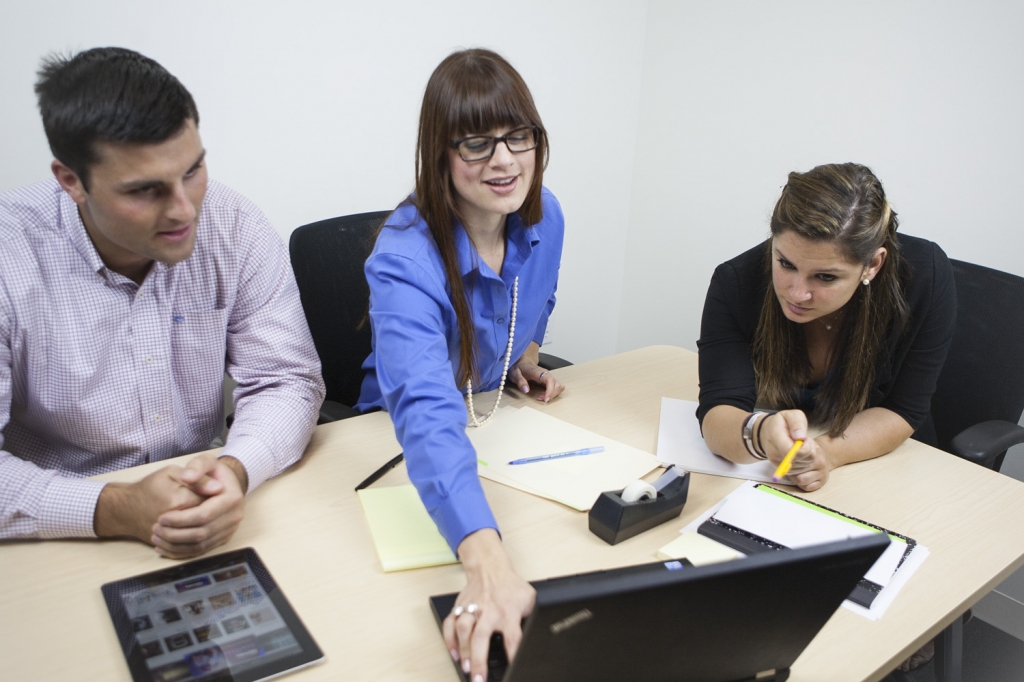 This is one of the findings from my in-depth interviews with 42 leaders exploring the role of mindfulness in strengthening their leadership capabilities. The study also included use of the Emotional and Social Competency Indicator (ESCI) model developed by Daniel Goleman and Richard Boyatzis, and found all twelve of the leadership competencies present in the participants. Teamwork was the competency most highly referenced by the participants, who provided detailed descriptions about the value they had received from focusing on cultivating their own, and other’s capabilities to be better team members.

Teamwork is defined by cooperative rather than separate, or competitive work. It also includes working towards common objectives, and taking ownership of both positive and negative outcomes. Individuals with strength in this competency will be able to build and maintain working relationships, in addition to promoting an environment conducive to input from teammates. They will also be:

The leaders I interviewed linked teamwork to a variety of benefits, including greater innovation, employee autonomy, and business growth. They also reported that their improved ability to develop effective teams resulted in stronger relationships between teammates, and greater loyalty to the organization. Finally, participants credited mindfulness with helping them understand their own role in being a good team member in the context of relationships with subordinates, peers and superiors. Leaders tied these improvements to their effectiveness, directly attributing career success to the combination of greater team capabilities, and the willingness of others to help them.

Study participants demonstrated a working understanding of multiple leadership theories, such as Situational, Transactional, and Transformational. Their leadership behaviors, however, tended to be more reflective of the relational leadership theory and dispersed leadership approaches. Specifically, they understood the importance of being able to meet the needs of the people and groups they worked with, and realized that the definition of a good teammate may not be the same for everyone. They also knew that they, and members of their teams, may need to adapt
their behaviors in order to successfully align with the frequently changing goals of the organization.

Participants reported that investing in attentiveness to others had a powerful impact on the strength of their relationships. The HR head for a leading global manufacturing firm summarized this as “…the deepness of listening and relating to a person and helping them connect on an individual level so they feel valued and connected to you as a leader,” which he directly attributed to improved team performance. A leader with a Fortune 10 Firm also touched on the importance of being open to receiving feedback from his direct reports: “I asked for feedback and insights from the people that I work with, and therefore they felt comfortable giving it to me.”

The importance of following through on commitments to coworkers was also stressed by participants. For example, the senior legal counsel for a leading healthcare product manufacturer shared the positive impact that her previous managers’ interest in her work life balance had on their relationship. As a result, she made sure to care for her direct reports in the same way, and take on additional personal workload if necessary: “…I want to make sure that people when they’re o?, they’re truly o?…certainly something can wait or we’ll try to get something else done.”

Making certain to not be perceived by others as paying lip service to concepts such as participation, respect, and fairness was highlighted by participants. A Department Head for a major US Hospital Network illustrated this point when describing the way he interacted with a newly promoted manager on his team: “I’ve decided to allow space for her and her team to design the new model, and giving everyone space to have their own thoughts and ideas.” His comments echoed what other leaders had to say about the relationship between team performance and the leader
ensuring that each member feels valued and motivated to make continued contributions.

How to Create a Stronger Team

Leaders were consistent in expressing their belief that you need to pay careful attention to being a good teammate if you want to be a member and/or leader of a high performing team.
This includes study and refinement of team development activities, and active observation of whether or not your interactions with others make them willing to support you as a teammate. These aspects of cultivating teamwork were summarized by a participant who has held Controller and CFO roles for three leading corporations: “I’m being respectful and…really listening, really understanding where they’re coming from… and then reflecting.”

Some steps you can take to promote teamwork that were described by participants include:

It is also important to keep in mind that building trust with your teammates requires authentic and compassionate behavior on your part. This means
being available to openly discuss their fears and concerns, and working with them to find ways to manage these issues. Making a sincere e?ort to
help teammates manage stressful situations more e?ectively will also contribute to greater engagement, as will modelling the behaviors you expect
of others in the workplace.