Leadership Development – is leadership doing or being?

Working in Leadership Development as I do, I find a lot of material on leadership skills. There are countless advisors pointing out what leaders need to do – top ten of this, top ten of that, the five most important the other. A lot of this information is correct and well intended too but most of this is about what a leader must “do” to become  successful. Little of it is about who to “be”.

There have been a number of Leadership models over the years, some of which now look ridiculous in the light of modern psychology and some which would never have worked leading people who have a strong sense of self and view of life  and completely reject the “I told you so” philosophy. Generations such as X, Y and the Millenials need to clearly see the vision and to trust their leaders to become engaged with the goals of the organisation. This is particularly true of knowledge workers, where the core knowledge and key competencies of the organisation are in their hands.

Many leaders at the top of organisations or leaders who are in charge of large teams are task oriented, and often they love a list to tick off to feel they are moving forward. Its all do do do – “Today I will make sure I will do some trust building exercises with my people”, and “tomorrow I will act more Authentic.” I am reminded of the old line  about sincerity … “The secret of success is sincerity. Once you can fake that you’ve got it made.”

I have found over the years that good leadership development results come from working at the core  – so that improving it means working from the inside out. Working on Emotional Intelligence is one part of this – and improves leadership through awareness of the  emotional environment, awareness of the needs of others and the ability to connect with people on an emotional level. This is necessary to lead others and to gain the trust required, particularly for difficult times.

Leadership development should also focus on leadership brand,  a second key facet, which is the leader understanding what they represent and being true to that. This has been coined “leadership brand” and is something very important to followers – “What is this person about?” “Can I trust them?” “Are they all about the results or do they care about me?” “How do I know?” “Is what they say consistent with what they do?”

Authentic leaders demonstrate a passion for their purpose, practice their values consistently, and lead with their hearts as well as their heads. They establish long-term, meaningful relationships and have the self-discipline to get results. They know who they are. (Bill George: Authentic Leadership)

Working recently with a group of Senior Directors I was struck once again about how important leading with belief is to achieving changes in your organisation and your culture. We discussed the concepts associated with Authentic Leadership such as “leading with the heart”, “Walking your talk” or “being the change you want in the world”.

Finding belief in what you do or what you want to do is the first step. Remember Gandhi as portrayed in that fantastic Attenborough movie?  First seeing there was a problem and then building his understanding about what needed to be done and then doing what he thinks is right, sometimes at great personal cost. He believes first and then he models the behaviours he wants in others – he resists, he practices non-cooperation, he makes and wears his own clothes, he travels 3rd class with his people dropping his ego and becoming one of the masses – something even more difficult in a country with such a tradition of class and caste. He becomes the change he wants in the world.

In the Organisation there can be challenges to Authenticity from Stakeholder interests, ingrained culture and the daily impact of the disaffected. But more and more on a global basis we see where Authentic Leadership based on authenticity, belief, integrity and a higher purpose is clear and desired success follows – sometimes short term – but most definitely in the long term. And it is sustainable and self sustaining. It resonates through the organisation.

Viktor FranKl once wrote “Do not pursue success, for success like happiness cannot be pursued. It must ensue. Success ensues from the pursuit of the higher purpose”. Finding the higher purpose in your Organisation is key to believing. It becomes the cause, it delivers the belief and the energy and the skip in the step for all your people.

Being clear about and communicating this vision is key, as is understanding your own perspective and drivers.  Being Authentic after all is not possible  if you do not know yourself.  How can you be Authentic to your true self if you do not have and/or practice awareness. To be Authentic in Leadership you must be able to get past skewed personal perspectives and motives and deliver from within. From where belief can resonate and connect and impact others.

The group I was working with gave time to think about how it was they were doing things, understanding why they were doing things that way and that while they were doing some things very well, some things could be improved. All they needed was to take another perspective on what they were trying to achieve. To their great credit they committed to “walking their talk” by changing their approach and the associated behaviours. They started on the path to Authentic Leadership with this commitment and this will in turn lead to long term performance improvement throughout their Organisation that is sustainable and full of integrity. 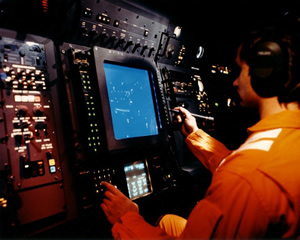 I was once on a course at the IMI and my teacher was Prof  Terri Monroe from the University of San Diego. The module was leadership and she took a very interesting couple of days where she was a guide rather than a teacher. This unsettled some who were used to being told what to do next (despite being executive level management) but she was keen to let us evolve the learning and watch the leadership dynamics in the group. So she gave us all the leeway we wanted. I found this new and interesting.

She spoke about her work with the US Navy and how the dymanics of the armed forces had changed considerably from the “Over the Top” mentality of the past to one which recognised that fast decisions and reactions were key to meeting (and hitting) targets. Therefore management was focused on empowerment and leadership on Motivation – from command and control they had moved to enabling decisions to be made where “the rubber meets the road”.

Much is made of empowerment in business where the decisions can be made, where needed, at the coal face  – where your team meet your customers, where the sales are done and revenues generated and where knowledge is gathered about the customer and the environment. In our ever faster moving world the old chain of command idea means bureaucracy, slow response times, and lost opportunities. Empowerment is a critical success factor in the business world.

So I heard a story the other day about my oft quoted All Blacks Rugby team which illustrated it nicely. I often hold that they are the most successful team in the world overall because they all know what they are doing (as opposed to just the coach/captain) and they have an ability to adapt to expose newly discovered weaknesses. In a lot of sports and in some rugby teams there is the autocratic manager with the team plan who is handing out instructions about how the game should be played with all and sundry sticking to this plan until told to change. These changes are sent out via a “waterboy” or “doctors assistant” or shouted from the edge of the pitch or even bored into the players during the half-time break.

The All Blacks have a formidable world cup winning Manager – Graham Henry –  who from a distance looks like the autocratic type and although he is separated from his players during the game he does send messengers to and from the pitch. However the story goes that during one of his recent visits with his team to Ireland when the All Blacks won the grand slam (eg very strong and successful team) one of his messengers was corralled during a critical part of the Ireland game and asked what instructions he had sent out. “Oh none mate” came the reply – “I was asked to find out what the players were thinking of doing next“.

I remember doing a course at the Irish Management Institute on communication. As I am a problem solving type I was sure and confident of my skills and when I took a test on Empathy I was confident of doing well. I did not do well.

I was of the opinion that people who had personal or emotional problems need to have it fixed and be motivated to either “get on with it” or work to fix the problem – with as much help from me as was required. This however was not empathic – which is defined as one’s ability to recognize, perceive and directly experientially feel the emotion of another. This of course involves listening to and “being there” for someone rather that immediately focusing on the problem. This introduced me to a world of emotion that I had assumed needed to be avoided to make clear logical decisions and make things happen. Clearly I lacked a natural appreciation of Emotion in others and probably myself.

“When people approach life’s tasks with Emotional Intelligence, they should be at an advantage for solving problems adaptively …The sorts of problems people identify and the way they frame them will probably be more related to internal emotional experience than will be the problems addressed by others.”

Higgs and Dulewicz of Henley Management College who I came across during my MBA studies found also that corporate interest appeared to be strongly related to the search for a way of securing a competitive advantage through attention to developing human capital. They also suggest Emotional Intelligence contributes to success noting:  “The roots of the development of the concept of emotional intelligence appear to lie in the apparent inability of traditional measures of “rational thinking” … to predict who will succeed in life.

The idea of relating Emotional Intelligence to success in life also needs qualification re: the nature of “success” (as it obviously means different things to different people) and some for example refer to it at different stages as “life success” “success in their chosen field of endeavour” “success in the organisational context” etc. Goleman’s illustrated this by pointing out that given IQ and technical competences are equal with two individuals one becomes and English professor and the other the Head of the English Department – the difference between the two being the higher Emotional Quotient of the latter.

The importance of Emotional Intelligence has lead to extensive media coverage and great interest from all walks of life. There is no doubt in my mind that Emotional Intelligence is an important topic for Occupational Psychology, for Human Resource Management and that it has huge potential value for Manager, Leaders and HR professionals and also teachers, educationalists and counselors.