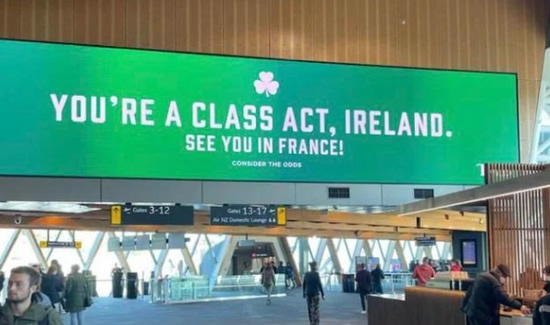 I was overjoyed last week at the triumph of the Irish Rugby Team in New Zealand and having had a little time to think on it I see there is an opportunity to learn from it. The main elements that contributed to it are also elements needed in the organisation and the teams within it.

Looking at the size of the challenge and the enormity of the success one has to understand that this was only the fifth test series win in New Zealand in 60-something attempts in over one hundred-plus years and the first since rugby went professional. It was a huge mountain to climb for any team against the most successful international team ever and three times world cup winners. The result was akin to the Lord of the Rings (filmed in New Zealand) – it’s as if our lads went over there and managed to destroy the one ring in Mordor. New Zealand is a proud country about the same size as Ireland, and similar in a lot of ways, but everybody plays rugby (in Ireland it’s the No3 sport). The New Zealanders are not lessened by their loss on this occasion – as we shall see – the mountain remains.

Emotional intelligence is often about keeping control of emotions, sometimes under great pressure. Rugby requires the players to be “up for it”. You have to be mentally ready to put your body on the line, to run into and make hard contacts with the opposition. Its not a place for slow thinking except during restarts and when the game is full on then emotions and instincts come to the fore described by Kahneman as system one thinking. Keeping the emotional intensity at the right level without getting penalised or making errors was a huge part of the success. It’s a learned skill. As is keeping your head when you’re winning and the cognitive dissonance kicks in (“We cant be beating New Zealand!”). Ireland over the years always had the bravery and the bottle. Sometimes too much. This was cooler and calmer and playing away from home and using the pitch just as if you were playing at home – this required a very positive mindset. Think of the benefits this kind of emotional Intelligence can bring to the workplace especially in times of change.

Farrell is a direct and honest coach and leader. He is described as caring for his team, he leads the way and watching his media interviews he neither gets overexcited with the wins or too down with the losses. He did have a certain glint in his eyes after the New Zealand win though. I was struck by the Keith Earls story of Farrell stepping in at a team meeting when he thought Earls might be embarrassed by something. To protect his man. When a leader is authentic and you feel he or she has your back you can focus on what’s in front of you. When trust and honesty is there then it frees the mind to make choices in real time. If it works it works, if not try again next time – there is no fear of failure.

Think about getting the ball and having to make one of four decisions in 1-2 seconds. Meanwhile a 20 stone man who looks like he’s made out of granite, wants to cut you in half. If you don’t make the decision, he will. There is no time for fear of failure, thinking, or strategy. Its system one all the way. Mike Tyson once said that the plan goes out the window once you get the first punch in the mouth. Field Marshal von Moltke said similarly that “No plan survives contact with the enemy”.  Trust brings agility (quick response) and often innovation (try something different). Think how this applies in the workplace.

Systems thinking is about the interaction of parts and this is what leads to outcomes and to success. So the Ireland team were using systems and interchanges that were precise, accurate and which led to success. One example is the formation of runners when taking the ball up. I have seen it before when Pat Lam’s Connacht won the Pro12 and runners would come together only making decisions in real time as the defence adapted. So Ireland, running up the ball don’t have a plan to give it to one player or the other – the decision maker can see where the gap is in the defence and in the last half second gives the ball to the right player on his shoulder or keeps it or spins it wider. Systems are used for rucking, set pieces, becoming available for a pass etc and different systems achieve different goals in different parts of the field, as part of the greater whole. All these little systems are focused upon, in real time, rather than the overall outcome. If something fails, they go back to the appropriate system in real time. Reset. Start again. No blame. We are all in this together. They also retain the flexibility to change systems if opportunities opened up.

So I am still delighted by the performance and the win. Incredible odds and incredible sportsmanship by New Zealand after the event. Their consensus is that Ireland were very good we need to get better. Another great mindset.

Aidan Higgins BE MBA is the founder of ADEO Consulting Ltd and a Leadership, Emotional Intelligence and Teamwork specialist and Coach, who has worked with leaders and teams at all levels of the private and public sectors. He has over 30 years experience working in various capacities with individuals, teams and organisations of all sizes. He is the author of LeadFromYou – We need aware, authentic and emotionally intelligent leaders. – now available in Paperback and Kindle on Amazon and in audiobook form via Audible and iTunes.