Authentic leaders demonstrate a passion for their purpose, practice their values consistently, and lead with their hearts as well as their heads. They establish long-term, meaningful relationships and have the self-discipline to get results. They know who they are. (Bill George: Authentic Leadership)

Working recently with a group of Senior Directors I was struck once again about how important leading with belief is to achieving changes in your organisation and your culture. We discussed the concepts associated with Authentic Leadership such as “leading with the heart”, “Walking your talk” or “being the change you want in the world”.

Finding belief in what you do or what you want to do is the first step. Remember Gandhi as portrayed in that fantastic Attenborough movie?  First seeing there was a problem and then building his understanding about what needed to be done and then doing what he thinks is right, sometimes at great personal cost. He believes first and then he models the behaviours he wants in others – he resists, he practices non-cooperation, he makes and wears his own clothes, he travels 3rd class with his people dropping his ego and becoming one of the masses – something even more difficult in a country with such a tradition of class and caste. He becomes the change he wants in the world.

In the Organisation there can be challenges to Authenticity from Stakeholder interests, ingrained culture and the daily impact of the disaffected. But more and more on a global basis we see where Authentic Leadership based on authenticity, belief, integrity and a higher purpose is clear and desired success follows – sometimes short term – but most definitely in the long term. And it is sustainable and self sustaining. It resonates through the organisation.

Viktor FranKl once wrote “Do not pursue success, for success like happiness cannot be pursued. It must ensue. Success ensues from the pursuit of the higher purpose”. Finding the higher purpose in your Organisation is key to believing. It becomes the cause, it delivers the belief and the energy and the skip in the step for all your people.

Being clear about and communicating this vision is key, as is understanding your own perspective and drivers.  Being Authentic after all is not possible  if you do not know yourself.  How can you be Authentic to your true self if you do not have and/or practice awareness. To be Authentic in Leadership you must be able to get past skewed personal perspectives and motives and deliver from within. From where belief can resonate and connect and impact others.

The group I was working with gave time to think about how it was they were doing things, understanding why they were doing things that way and that while they were doing some things very well, some things could be improved. All they needed was to take another perspective on what they were trying to achieve. To their great credit they committed to “walking their talk” by changing their approach and the associated behaviours. They started on the path to Authentic Leadership with this commitment and this will in turn lead to long term performance improvement throughout their Organisation that is sustainable and full of integrity. 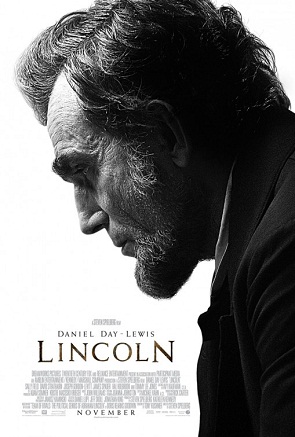 As I watched Daniel Day-Lewis’s portrayal of Abraham Lincoln the other day (2012 Movie), I was struck by how his character displayed some key skills and abilities of Leadership. Hey I know it’s a just a movie, but the central character, well researched by Day-Lewis and director Spielberg, demonstrated  Leadership traits and skills that were often subtle and Authentic. I want to underline these while trying not to spoil the movie for those who haven’t seen it yet.

The Vision – he has a vision for how it can be. He speaks on issues of humanity, of the higher purpose and he talks about this being about global leadership – with all the world watching -clarifying how these changes are defining democracy not just for the US but for the world.

Belief – throughout the story Lincoln shines with belief. He knows what he wants, he sees it as good and he moves heaven and earth to get it done. He communicates his belief in every word and gesture on the topic. He energizes those around him and refuses to be diverted from what he knows is right.

The Power of the Story – At every juncture he illustrates his thinking with a story. The character glows with warmth and a twinkle in his eye while telling his stories. His personal charm shines through. One or two find his stories frustrating but in the main those around him enjoy them and he uses the power of these parables to explain in a simple way what it is he is trying to do and why.

Working with the team – Lincoln works well with the strong minded individuals in his cabinet, (he had appointed his rivals for the presidential election to his cabinet  – William H. Seward, Salmon P. Chase, Simon Cameron and Edward Bates ) seeking their opinions and using conflict to refine his thinking.  He patiently explains the why and harnesses the power within the team to deliver the vision. Mostly he uses his team to get things done. Only once does he bring his personal power and authority to bear to drive on the final attempt to achieve his goals.

Awareness and humility – he is aware of his sometimes dark moods and also keenly aware of the intentions of those around him. In crux points he is not worried about going directly to those he intends to influence and with all humility appealing to their better self.

In all a masterful bit of work by Day-Lewis in portraying a masterful Leader. I have been an admirer of Lincoln since I heard the Gettysburg address speech read to me in a documentary on the American Civil War in the context of the aftermath of the Battle of Gettysburg. It was the battle with the largest number of casualties (approximately 50,000 in 3 days) in the American Civil War and is often described as the war’s turning point.

Here I is again…  The Gettysburg Address

Four score and seven years ago our fathers brought forth on this continent a new nation, conceived in liberty, and dedicated to the proposition that all men are created equal.

Now we are engaged in a great civil war, testing whether that nation, or any nation, so conceived and so dedicated, can long endure. We are met on a great battle-field of that war. We have come to dedicate a portion of that field, as a final resting place for those who here gave their lives that that nation might live. It is altogether fitting and proper that we should do this.

But, in a larger sense, we can not dedicate, we can not consecrate, we can not hallow this ground. The brave men, living and dead, who struggled here, have consecrated it, far above our poor power to add or detract. The world will little note, nor long remember what we say here, but it can never forget what they did here. It is for us the living, rather, to be dedicated here to the unfinished work which they who fought here have thus far so nobly advanced. It is rather for us to be here dedicated to the great task remaining before us—that from these honored dead we take increased devotion to that cause for which they gave the last full measure of devotion—that we here highly resolve that these dead shall not have died in vain—that this nation, under God, shall have a new birth of freedom—and that government of the people, by the people, for the people, shall not perish from the earth.