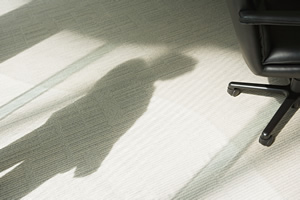 It is said that we learn our parenting skills from our parents. We learn from what we observed in childhood. We are also impacted by the culture we were part of and the environment in which we lived. Parenting is often instinctual and we distinguish right and wrong from our values system which often gets severely tested, especially when our children start to have minds of their own and are developing their own system of values. The day you say “because I said so” can be a real turning point for some.

Leaders often learn the same way. Learning Leadership involves spending a lot of time absorbing behaviours from our leaders, in a culture that influences (but of which we might be unaware) and in, usually, one environmental context. Unlike most parenting skills perhaps the skills and behaviours used when we were learning leadership are not appropriate now – but as leaders we still do or “go with” what we know. In the last four decades the organisational context has flipped over every 10 years – grow, cut back, grow, cut back. On top of that each generation of workers gets more knowledgeable, more technological, has different motivations and owns more of the key competencies and skills of the organisation.

An interesting recent article in the Economist  commenting on the Anthropologist David Grabers article “Bullshit Jobs” points out that this trend will continue. As more competitive advantage will come from the interaction between skilled workers and the coming technologies more repetitive jobs will be automated. So more and more of the “power” will move from centralised control and command to the outer edges of the organisation. We have discussed this before in our story about the US Navy and their understanding of the importance of empowerment following modern changes in warfare technology.

So do leaders who have learned skills from their forebears and from older cultures and older contexts adapt? Well some do. And many don’t. There are many addictive qualities to the old authoritarian style and egalitarian behaviour. But this just doesn’t cut it in a modern organisation. Disappointing results from the US in the recent Gallup report (2013) on the US workplace noted that while it has been proven that employee engagement is absolutely key to organisational performance – poor engagement is costing the US 450 billion to 550 billion dollars annually. It also shows that different generations require different engagement (therefore leadership) practices. Often however the strategy is akin to the old saying – “When all you have is a hammer everything looks like a nail” – we do what we have always done because we stay inside our comfort zone.

So what do leaders do? We need to become more transformational and also more authentic. We need to update our skills but also change who we are as leaders. This can be done with gaining understanding, getting a change in perspective, observation and developing those required behaviour changes. This is not the same as those standardized management skills often sold as “Leadership Training”. The good news is that some leaders are changing. Reports from the US show that 43% of CEOs and 71% of Senior Executives say they’ve worked with a coach. And 92% of leaders being coached say they plan to use a coach again.

I work with leaders. I talk with leaders. I know fear of change is often a big obstacle. Time is also a big issue but sometimes an excuse. The feeling that you are handing over your power to others can be scary. However the power is shifting in any case and a new form of leadership is required. I often find leaders trapped by assumptions who can easily transform their leadership if shown the way. Remember the old adage “where there is a will there is a way”. But first you need the will.