Good Leaders understand and use Autonomy

Good Leaders understand and use Autonomy 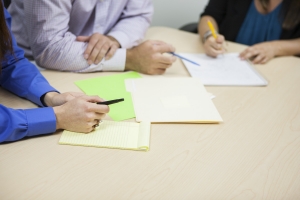 I was coaching a number of C-Suite Leaders from a large multi-national a few weeks ago and part of our work included the topic of Autonomy and its importance to Leadership. Great discussions and feedback reminded me there are some assumptions and some blind spots with regard to autonomy.

The level of autonomy is the degree to which an organisation or leader gives their people the discretion or independence to schedule their work and determine how it is to be done. It can also mean allowing them to determine which work to do, trusting them to select their solution to a problem using their understanding of organisational strategy in the context of the organisations vision and goals.

Autonomy is important to motivation, one of the top three people motivators in fact. It helps your people feel they have some say in what happens and that they can make a difference in the world.

Autonomy is a key part of empowerment and engagement so including it and using it as part of one’s Leadership style is very important.

In a bureaucratic or hierarchical organisation autonomy is limited. Not only is this de-motivational but it retards decision making, response times, service quality and people growth over time. The more decisions people can make the more they learn and grow. Sometimes people make mistakes. People make less mistakes with experience, and when supported by training and communication and an understanding of the goals and objectives even less. Autonomy also allows the growth of your next stage of leaders who take over when decision makes leave or go missing.

How much Autonomy is needed?

This is something to judge in context. There is a difference between delegation and abdication. Throwing someone in at the deep end can teach them to swim, but sometimes they drown.

A good leader will encourage autonomy in their people. They will make a decision about the level of risk suitable to the roles involved. They will look at risk and work to mitigate through mentoring and support. So it is a complex decision but in general there is not enough autonomy given. Leaders who keep intervening to fix the problem are often well meaning but this is not the best solution in the long term. Serving your team is about putting in place that which is needed for the team to thrive. Some leaders only give Autonomy to some of their people and often need to review how their perspective or opinion of some of their people (particularly those not being given autonomy) is influencing who gets autonomy and who does not. This can be a blind spot.

It is also a good exercise to examine one’s own relationship with autonomy. A Leader who has no autonomy is not a Leader.  He or she is a manager. In a bureaucratic organisation, a “leader” who is all about control and “the rules” cannot inspire or motivate or engage the people around him. If this person becomes about growing his or her people, about carving out autonomy and with resources, empowerment – then he or she becomes a leader.

On the other hand a leader who is overly focused on their own autonomy may have problems aligning with the organisations goals and objectives. This can become apparent when change happens and the organisation is forced to change direction. Sometimes these leaders become about their own power, whether this is used for their own ends or to protect their own team this can cause tensions in the organisation.

A key part of leadership growth is to become aware of their relationship with autonomy. Both their own and that of their people. Part of this relationship is often emotional and often this can be a part of mindfulness or awareness work.